Today Eni held the naming and sail away ceremony of the Coral-Sul FLNG. The event took place at Samsung Heavy Industries shipyard in Geoje, South Korea. The FLNG will be now towed and moored at its operating site in the Rovuma basin offshore Mozambique. Production startup is expected in the second half of 2022. Coral South Project achieved Final Investment Decision in 2017. FLNG fabrication and construction activities started in 2018.

Coral-Sul FLNG has a gas liquefaction capacity of 3.4 million tons per year (MTPA) and will put in production 450 billion cubic meters of gas from the Coral reservoir, located in the offshore Rovuma Basin.  The Rovuma Basin is a coastal basin situated near the border of Mozambique and Tanzania.

Stefano Maione, Director Development, Operations & Energy Efficiency at Eni, said: “The Coral Sul FLNG is a world-class feat of engineering, construction know-how and technology, suited to kick-off the development of Mozambique’s world-class resources. The project fits integrally with and within the Eni’s energy transition strategy, as we move towards a decarbonised energy future, in which gas is playing an essential and transitional role”.

Area 4 of the Rovuma Basin is 31 miles offshore and spans 5,405 square miles. Area 4 is operated by Mozambique Rovuma Venture S.p.A. (MRV), an incorporated joint venture owned by Eni, ExxonMobil and CNPC, which holds a 70 percent interest in the Area 4 exploration and production concession contract. In addition to MRV, Galp, KOGAS and Empresa Nacional de Hidrocarbonetos E.P. each hold a 10 percent interest in Area 4. Eni is the offshore Delegated Operator and is leading the construction and operation of the floating liquefied natural gas facility on behalf of MRV. 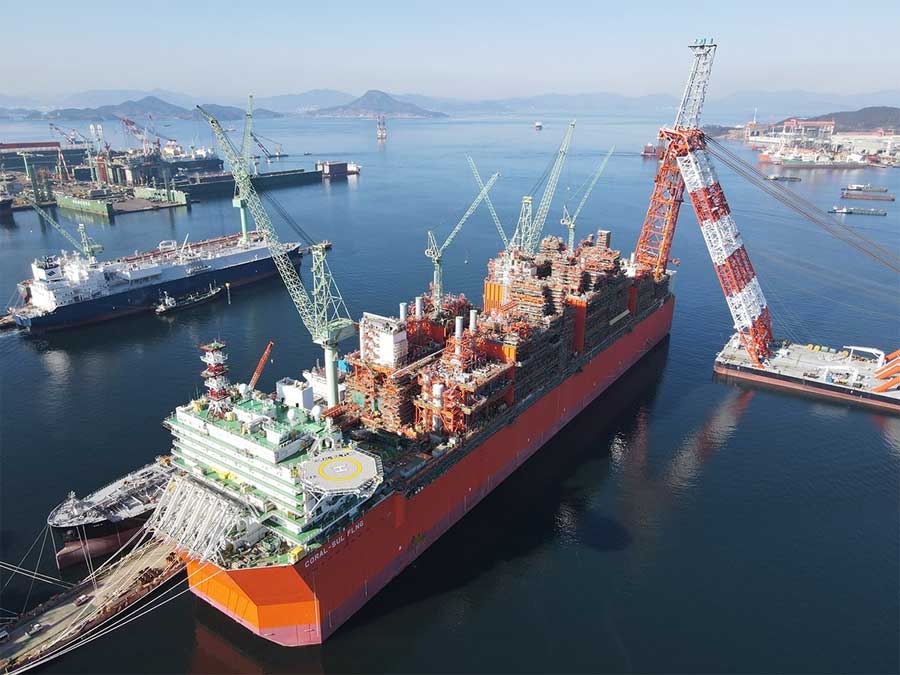 Above: The Coral Sul FLNG is 432 meters long and 66 meters wide, weighs around 220,000 tons and has the capacity to accommodate up to 350 people in its eight-story Living Quarter module. Once the FLNG facility will be in place, the installation campaign will begin, including mooring and hook-up operations at a water-depth of around 2,000 meters. Image Source: Eni 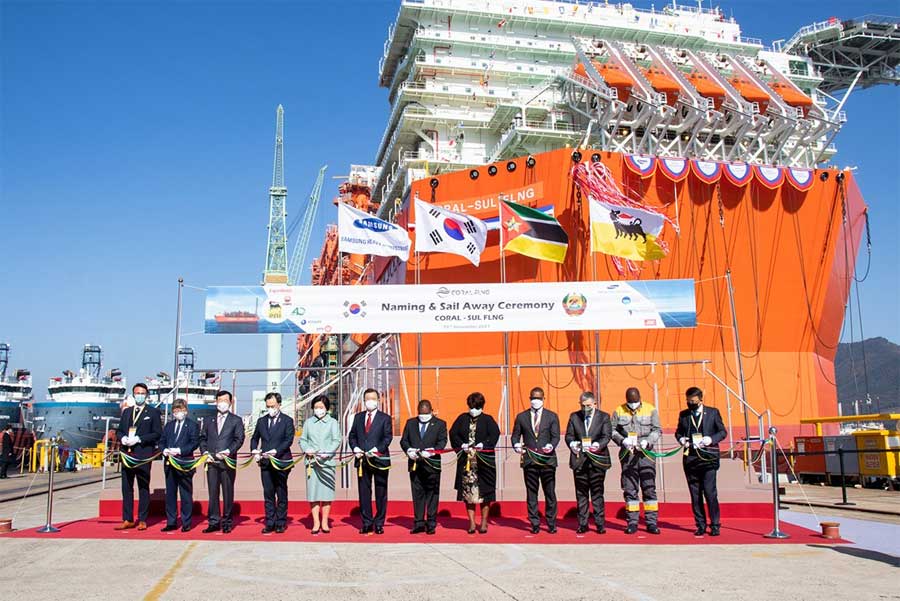 Above: Naming and sail away ceremony of the Coral-Sul FLNG.  Image Source: Eni 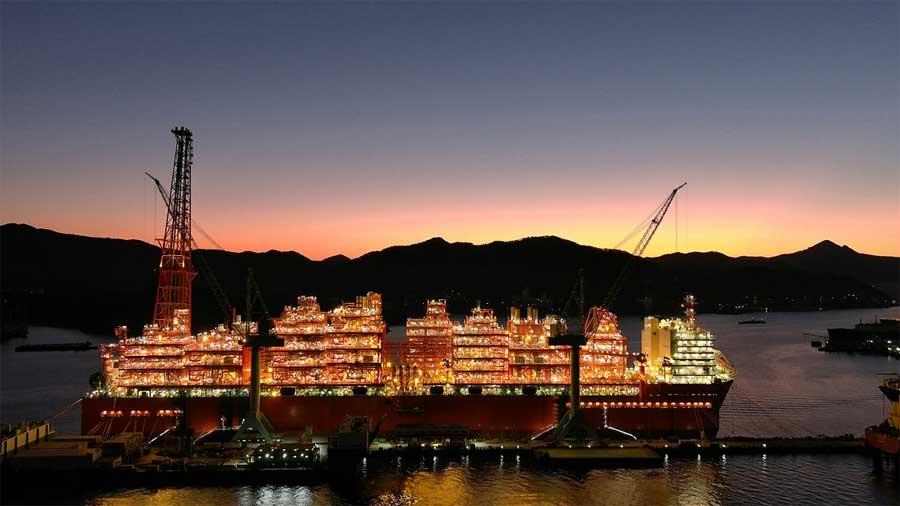 Above: The Coral-Sul FLNG will be towed and moored at its operating site in the Rovuma basin offshore Mozambique. Production startup is expected in the second half of 2022, and it will contribute to increase gas availability in a tight market. Image Source: Eni