Nigeria and Morocco signed an agreement that inches a long-standing proposal for a gas pipeline between the two countries closer to reality, raising the possibility of a new energy-supply route for West Africa and Europe.

(Bloomberg) — Nigeria and Morocco signed an agreement that inches a long-standing proposal for a gas pipeline between the two countries closer to reality, raising the possibility of a new energy-supply route for West Africa and Europe.

The Nigerian National Petroleum Co. and Morocco’s National Office of Hydrocarbons and Mines signed a memorandum of understanding in Rabat on Thursday, Nigeria’s state oil company said in a statement. While the project could take decades to complete and cost billions of dollars if it goes ahead, the ceremony comes with European nations increasingly hungry for new sources of gas following Russia’s invasion of Ukraine.

The 5,600-kilometer (3,840-mile) conduit along West Africa’s coast would provide gas to the 15-country Economic Community of West African States, which also signed the agreement, and permit fuel to be shipped to Spain and the rest of Europe. The Saudi Arabia-based Islamic Development Bank and the OPEC Fund for International Development have committed nearly $60 million to finance feasibility and engineering studies for what would be one of the longest pipelines ever built. 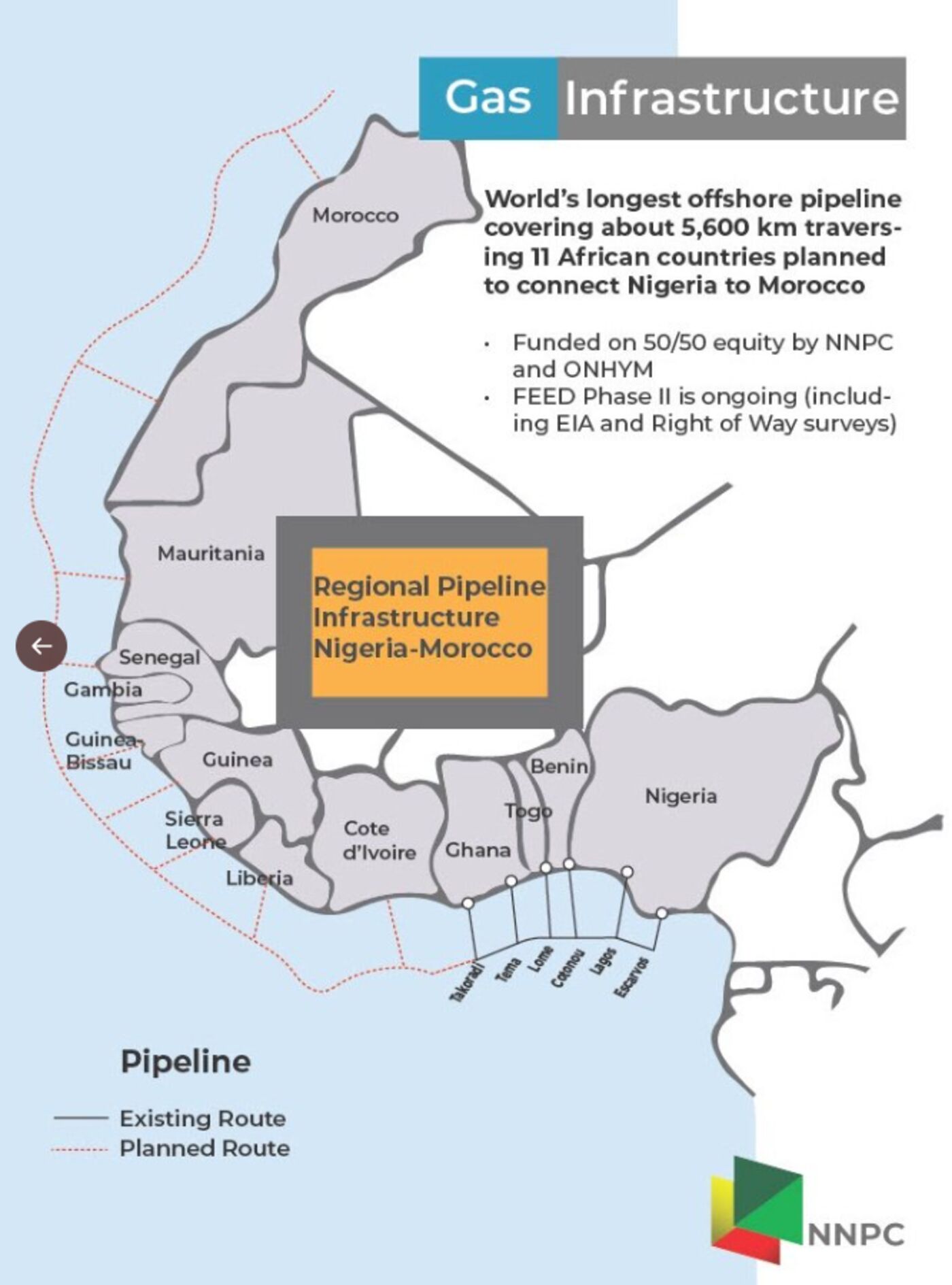 Nigeria possesses Africa’s largest proven gas reserves at about 200 trillion cubic feet, most of which is untapped, flared or reinjected into oil wells. The government says it wants to monetize much more of that resource to replace crude as the country’s key commodity. Nigeria’s oil production is in sharp decline, hampered by massive theft from pipelines and a lack of investment in new capacity.

If the Nigeria-Morocco pipeline advances, it will be many years before it delivers any gas. Signing a previous agreement in 2018, the two government said the project could take 25 years to finish.

It’s projected to cost billions of dollars, though it’s unclear where that investment will come from. Nigeria’s deputy oil minister said in June that the final price tag will not be determined until the project is designed.

The NNPC is also promoting a second transcontinental gas pipeline that would travel about 4,400 kilometers from Nigeria through the Sahara Desert to northern Algeria for onward transport to European markets.